The Weekly Word: On Taking Risk 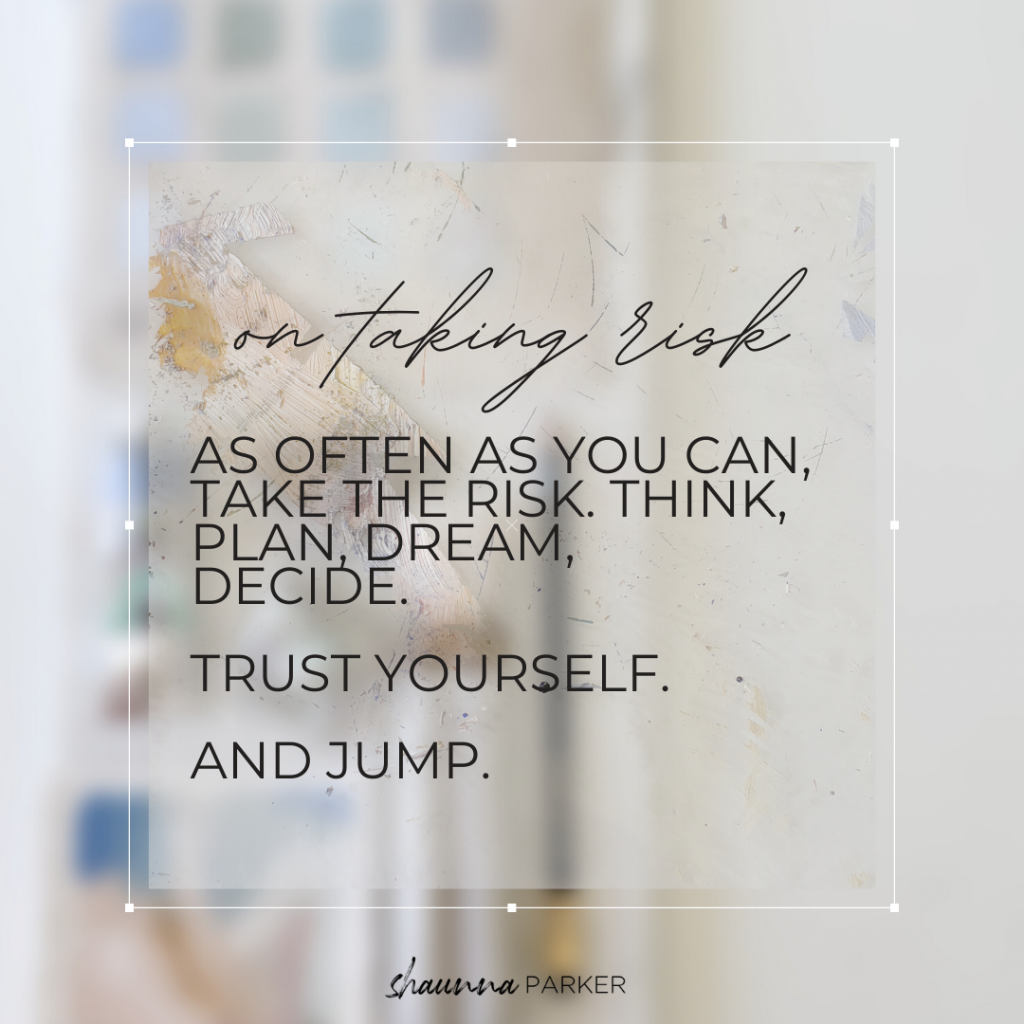 I wouldn’t say that as a child, I was a big risk taker. I generally followed the rules, or skirted pretty closely around them. I liked to please and I was afraid of most animals, riding my bike too fast, and getting caught in a lie or doing something audaciously bold.

Sometime, though, in my twenties, I started the very early pilgrimage to figure out who the hell I really was. By the time I finished teaching and coaching around age 25, something inside me just clicked.

I became a risk taker. Not like diving out of a plane risk taker. But I began to believe in myself. I took calculated risks. I built a business in direct sales that was growing like crazy, and eventually the travel revealed it would not be a sustainable future for me. Everyone thought I was a little crazy, but I jumped. I look back at that time, selling home decor and design products and coaching other women, and it was really the catalyst that prompted my love for creating a home I loved and for leading a team.

And as you know, that led to me sitting in a room full of crumpled wrapping paper one Christmas Day, and the pull to write came.

I opened my computer, created a blog, and I jumped.

When the time came to expand, the thought of opening a store in my small town was certainly risky, but I had built an online audience and I opened an online store. I calculated, I thought intentionally, decided. And I jumped again.

The cliffs kept coming, and the option to stand at the edge or jump kept arising.

Truly, I haven’t stopped jumping yet.

I create pieces of my business, some new and some retooled, and I calculate and I believe deeply in myself, and I jump. I feel it in my gut long before the time comes to take the jump.

I think the trick is this: It’s not that we won’t fail, or that all plans fall into place seamlessly. It is this fact: I know in the jump, come what may, I believe that I can catch myself.

I believe I will land in the arms of me, and that is a safe place to be.

So I will jump.

I hope you will too.

Love to you, friends.