The Middle: And Then There Were Five

Hi!  If you’d like to start and read The Middle in sequential order, start here! This book is written wildly, chapters out of order in the sequence they occurred in my life.  They are written wildly for a reason.  The middle of our lives is a lot of things, but it is most certainly wild. 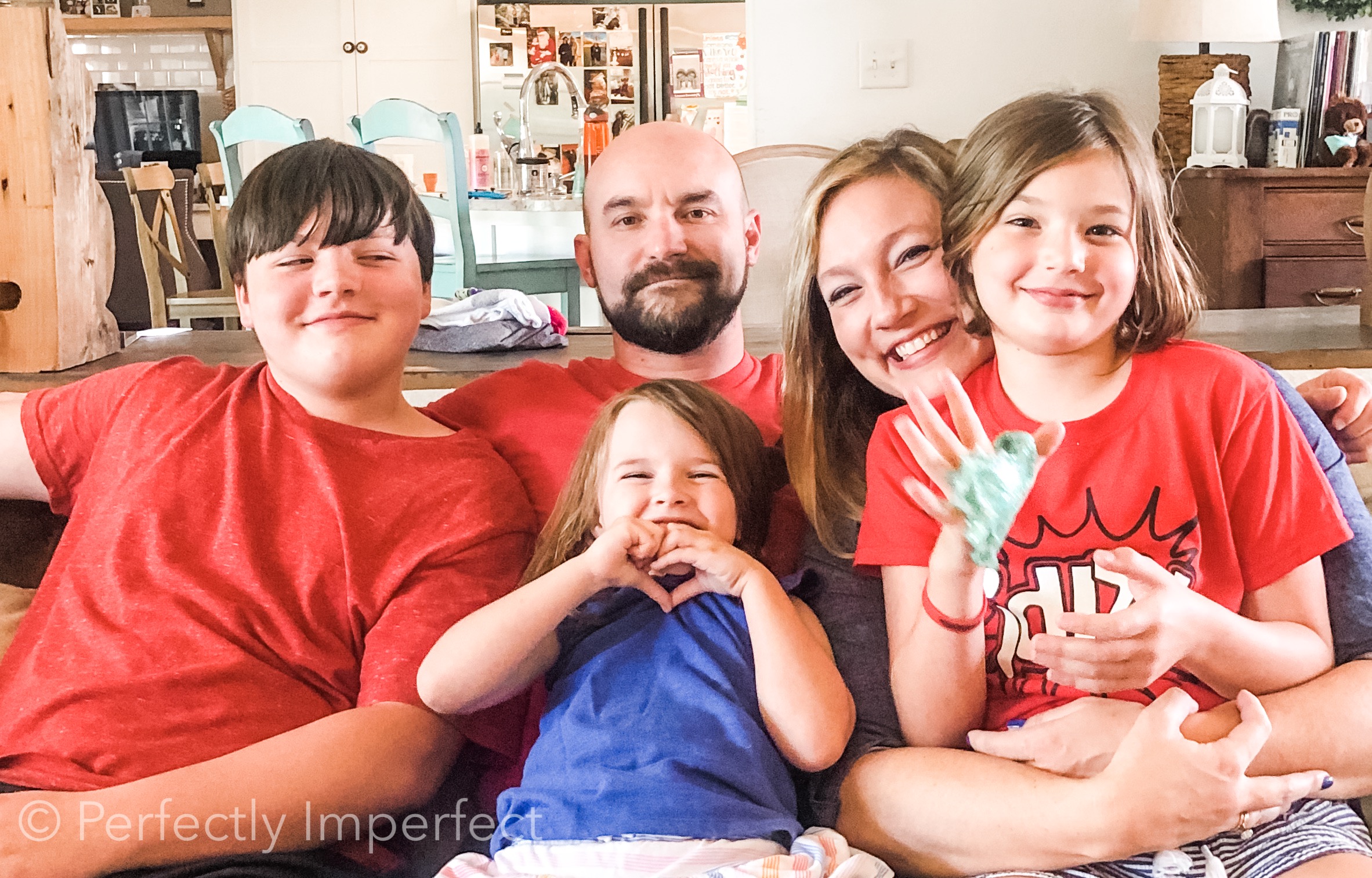 And Then There Were Five

After a couple of months, and repeated proof Andrew nor I was going to suddenly run for the hills, we decided it was time to meet each other’s children.

Let me tell you this:  There is NO manual for merging two lives and the lives of little humans together.  NONE.  It is extremely personal, completely subjective, and insanely delicate.  Nothing will bring out your own selfishness, fixed ways, and prideful woes like weaving your children’s lives with another.

Or…your most.  Your best.  Your very soul hanging on your shirtsleeve, looking for ways to expand the capacity you have to love.

Of all places, we chose Chuck E. Cheese.  Do not ask me why.  My insides screamed that while the children might be distracted, and our hands might be busy, the adults were going to be overwhelmed from go, and soon after, the little humans.

But alas, we were insane and we did it.  Everyone met at our Air B & B, and we were off for the forty-five minute car ride to hell.

The meeting was fine.  Everything was fine.  But here’s the thing about new people and your children after divorce:  it is trepidation at its best.

It had been nearly four years since my divorce, and my children had met no man before Andrew.  I’d only had one start to a relationship that went up in flames after about a month, so this was brand new for them.

Ava was excited.  Gray was discerning.

Grayson is my logical lion, and one who is uninterested in adult-to-child condescension.   While it does not define all of who he is, Gray is on the Autism spectrum, and if singular diagnoses were still the standard, he would classify as having Asperger’s Syndrome.  He is high functioning, incredibly bright, and so many of his initial struggles regulated, but my favorite thing about him is this:  he is gloriously, wonderfully unaffected by bullshit in adults.

There is no hiding who you are when it comes to my son.

I cannot convince him of anything if it does not make logical sense, which can be challenging, but the truth is, it provides such a strong roadmap for parenting him.  We talk.  I pose a lot of questions.  He thinks.  And he makes (mostly) good decisions.

So on that day, I knew I didn’t need to explain to him who Andrew was.  I knew he would watch and he would decide on his own how he felt.

Which is precisely what I wanted him to do.  What we both wanted all of them to do.

At the end of the day, new partners in roles that feel parental, but are, essentially not, are there to fill the roles the children need….not the roles the adults want.

I am convinced this one belief, and the allowing of slow, gracious time to unfold is the reason our children could fall in love with our new partners, with each other, and with the prospect of our new family.

It is the reason they were able to tell us eventually, in quarantine, “to go for it, get married already.  What were we waiting for??”

This is also a truth worth noting now:  even when this journey is good and beautiful, it is difficult.  No false “imperfection” here.  It is gloriously flawed, and yet is beautiful.

We made it through Chuck E.  Cheese.  Grayson, quiet and mostly observant, played a little and would curiously poke his head around video game corners to listen to what Andrew was saying, or to watch him and Phoebe play together.

Ava, who we’ll get to later, jumped around them, excited to have new friends, and to meet a new face she knew mattered to me.

She told me later she could feel what he meant to me and so she decided to be excited, even though I told her she didn’t have to be.

I honestly had zero expectations of how it would go.  I told the kids all we were doing was meeting.  That it meant nothing outside of today, and the rest would unfold as it should.  A small gesture reminding us to live in the present, and to know that we would be equipped for tomorrow’s present when it came.

It was only late afternoon, when I caught Ava snuggle up to Andrew’s side while peering in the glass tchotchke display at Chuck E. Cheese, and his eyes searched for mine as he leaned back into her, that I began to wonder.

What if this is the beginning?

Later that night, back at our home for the weekend, we ate dinner and played hide and seek and Gray sat in the recliner, laughing and recording videos of us running through the house halls.  I watched him soften.  I watched him open up.

And when I made my way to the kitchen, and left the two men in the living room, I heard him say to Andrew, “You’re brutally honest.  You say true things, and I can tell you are not trying to impress me.  I’m like that.  I like that.”

I leaned into the kitchen counter. I closed my eyes.  I breathed deeply.