The Versions of You

Growing up, I would say quite confidently I was a pistol.  A firecracker.  A sassy mc-sass capital S sassy pot.  I spoke so soon, listened rarely, and my opinions about everything were 100% solid. 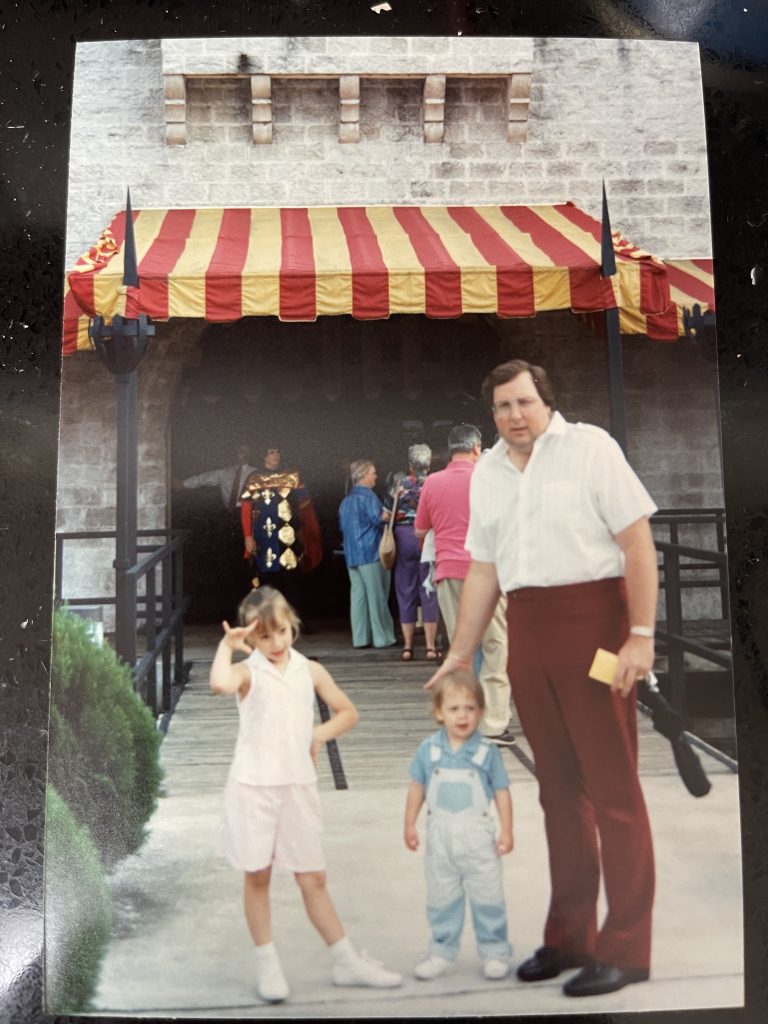 It was only when I began having “girl trouble” around age twelve that I began to question pieces of who I was.  I remember very clearly beginning to doubt myself in a serious way, as if I were the only reason we’d run into said trouble in the first place. I had this tendency to make any problem my problem, and while there is value in taking a look at ourselves, there is also value in our eyes remaining open to the whole truth of what is happening around us.

I was sitting in class one day as a freshman, and I remember vividly watching the deterioration of my two best friendships unfold right in front of my eyes.  It was as if there was an invisible string attaching each of them to me and I kept trying desperately to close the gap.  To pull the string gently back towards me, not knowing what I had done wrong or how I would fix it, but fix it, by God, I would.

Easy Going & a Life of the Party

Except I couldn’t.  I never did fix that one, actually.  Time passed and gossip slowed and I survived and some healing took place, but I graduated from that high school never having those two best friends again.

What is interesting to me is this:  that sassy girl from childhood had already morphed into a more tame version, and by the time I was a senior, I was transformed again.  I was everyone’s friend, not awfully close to many, but I like to think, kind to most.  I made mistakes and didn’t get it right, but that version of me?  Well, she was easy.  She went along for the ride, and while she had an easier time with “girl trouble,” she allowed some things to happen to her in the name of easy-going.  Or so she liked to tell herself at the time.

The college version of me fell head over heels in love with the Bible and doing good, and never making a mistake. Don’t mistake my meaning: I still fall in love with the Divine, but I fell HARD over the rules during college.  I fell in love with the role of “good girl.” I secretly chuckle just a little every time I remember her.  Less sassy, less easy-going & life of the party, but that confident thing?  It came back with a vengeance and I plowed head first into my faith with that exact amount of certainty. 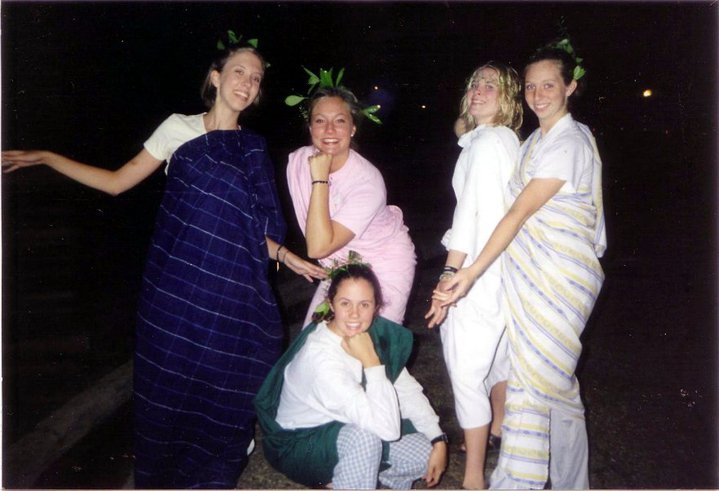 This version lasted a while.  Quite a while.  She grew and changed and became more, but she really, really wanted to be good.  She really wanted to have all the stamps of approval she could collect, and she desperately searched for them, day and night.

She became a pro at controlling her emotions, and tamping down her own voice.  Over time, she became more meek, quieter, and she really learned how to control that fire inside.

She got so good at controlling the fire she almost lost the very last spark.

Until, life blew up and solid truths about who she was were challenged.  She was wrecked.  She crumpled, scattering tiny pieces of herself like torn papers into cracks across the floor.

She sat with herself for the first time in her life, looking nowhere for the version of herself she was supposed to be. 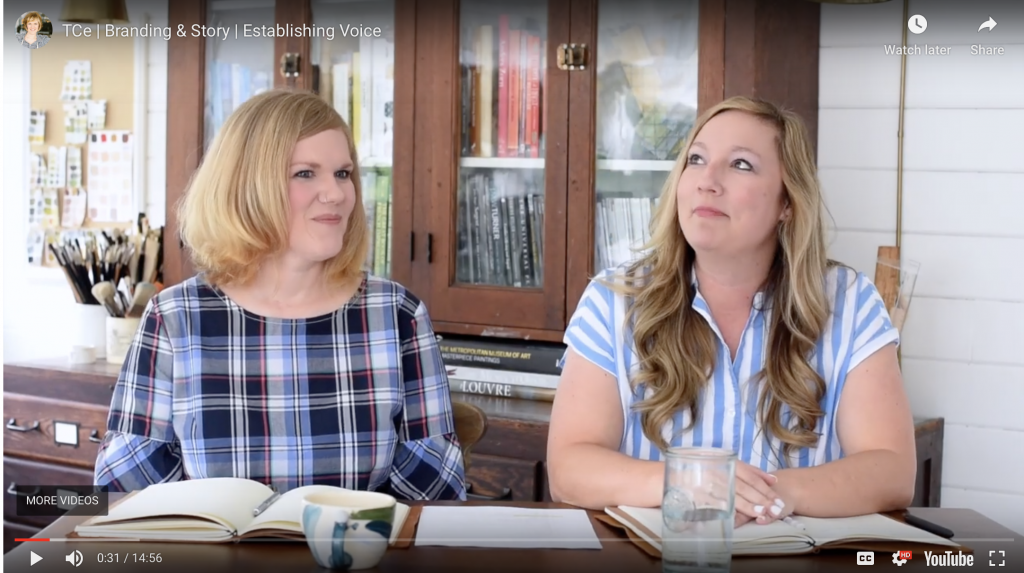 And in the sitting, in the suffering, she found all of those versions of herself again.  Pulling from here and there, she built herself into the most whole version of her she could create.

I sit at my studio window, light pouring in and the sun dancing across my paint palette.  I look to the clouds as I paint greys, soft greens, and whites into form.  The kids are playing happily upstairs, and Andrew is working at his computer in the kitchen.  This version of me is wise.  I am serene and I have so much under control, and yet, I know it’s only a figment.  This version of me knows I have very little control at all.  This version of me is the enlightened one.  The one who knows social media doesn’t really matter and the one who knows all that is important is presently being with those I love and living out Light into the world.  I am slow to speak, but quick to feel, and never silent, but intentional with how I communicate.  This version of me is my favorite.

But last night’s version?  She was unsure and she was afraid she was not doing enough as a mom.  That she would look up and realize she did too little, not often enough.  She cried and cried for the heartbreaks her children face.  She was short tempered and uninterested and apathetic, at best. 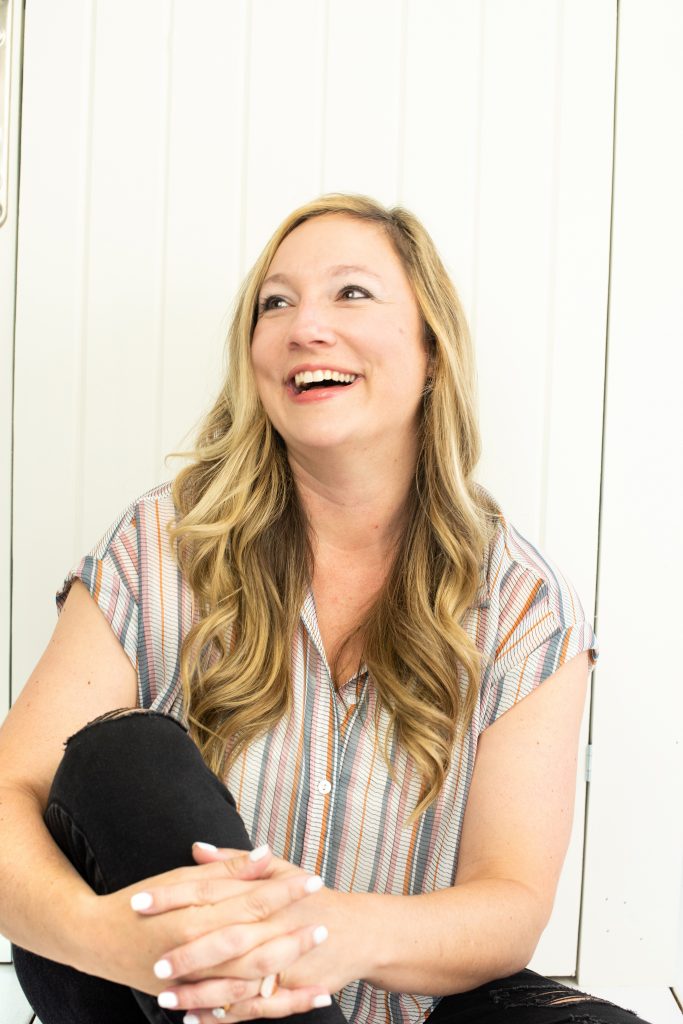 The version of you you picture when you describe your best self?  I bet it’s a great version.  I bet it is the wise, charming, funny, lighthearted, controlled, happy version.  Or maybe the genuine one.  I bet praising this version comes naturally and you look for it wherever you go.

What if you decide, if we decide, to invite all of our versions to the table?  What if we were never supposed to be one version, but we were always supposed to be all of who we are at once?  That there are multitudes living within us, and each version is a teacher, a friend, a voice.  That each one has value and each one is worth listening to? 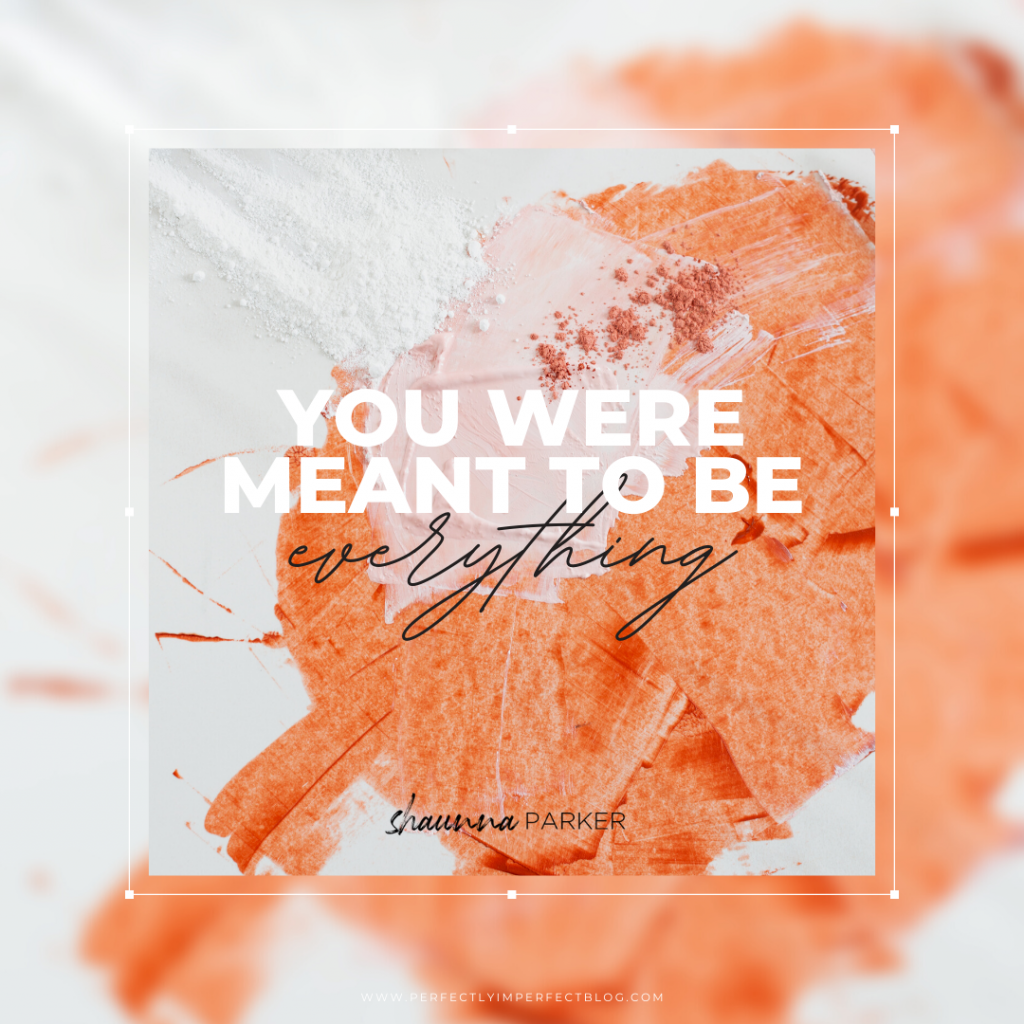 So a truth for you today?  Each version of you is the version you need to continue becoming the whole of who you are.