Creative Play in The Sketchbook

Any other Enneagram 3’s out there?? I am technically tied as a 2 and 3 (Helper and Achiever), and I’ve taken that sucker over and over again. The results seem to follow my patterns pretty closely, so I really can’t argue.

I like to say that I’m a reformed achiever, because while I’m still driven to produce, achieve, set goals, etc., I’ve really learned the value of doing for the process, and finding accomplishment in play and rest. It’s taken some time, though. 😂 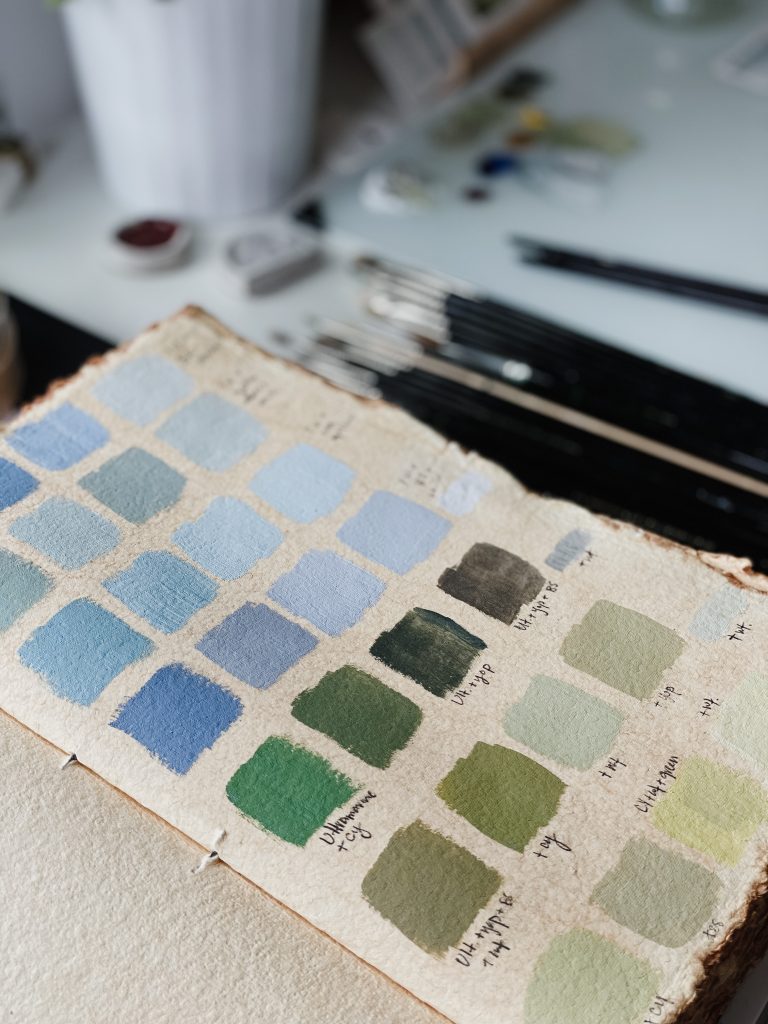 I’ve been feeling a little depleted while painting, and it was time to switch it up and create just for fun. (My next collection release will be in August, so stay tuned for that.) I took an art class, created new color charts in my sketchbooks, and started doing quick studies from my painting books. 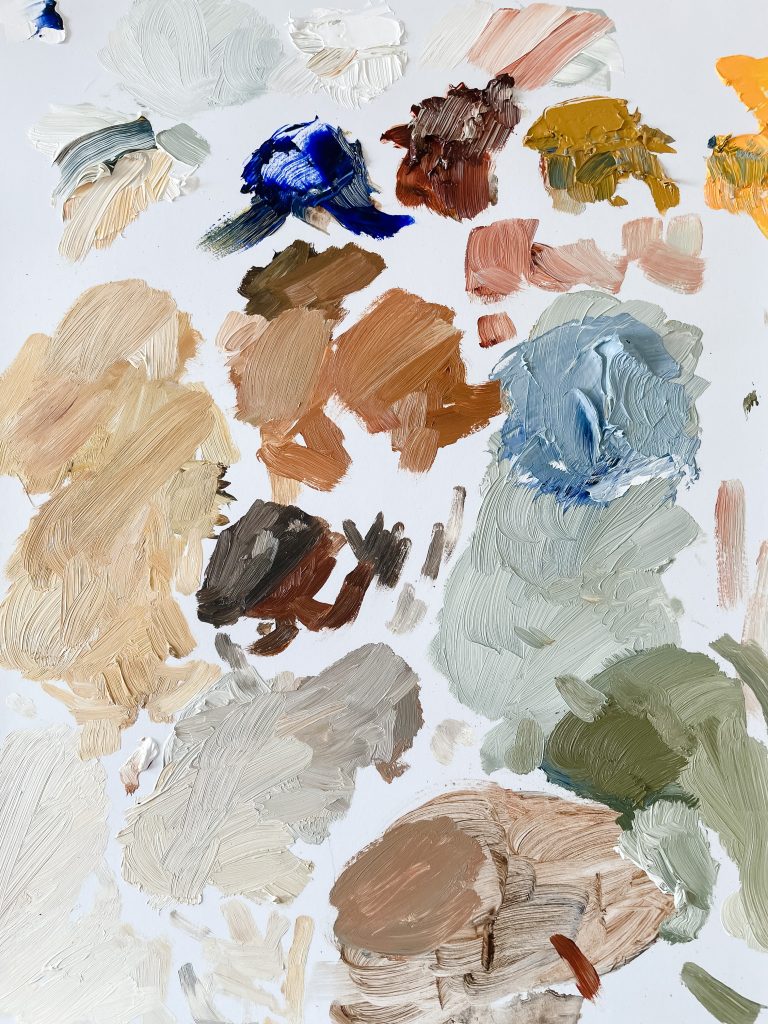 I stuck to mostly oils, but also pulled out my watercolors and gouache, and played with pigment sticks. 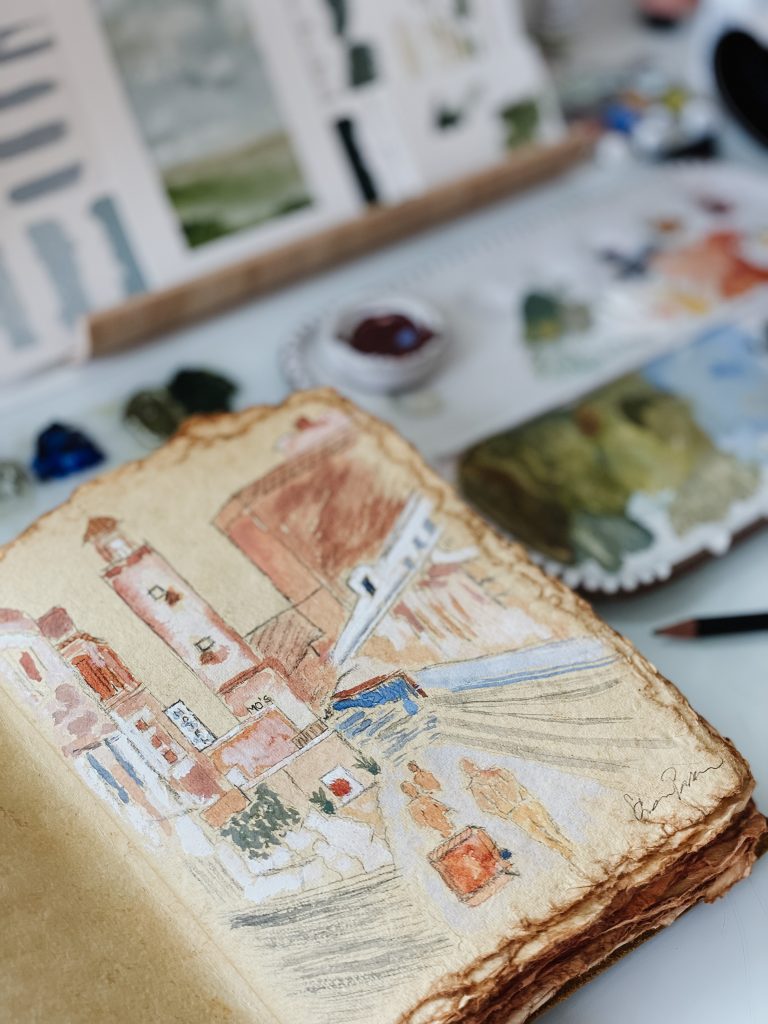 The point is…I’m still not quite feeling the pull to paint all of the next series in my 100 paintings, but I’m close.  Creative play really is essential to the process. Exploring, creating something messy and unguarded or a little raw is the way to pull newness out of your hands. 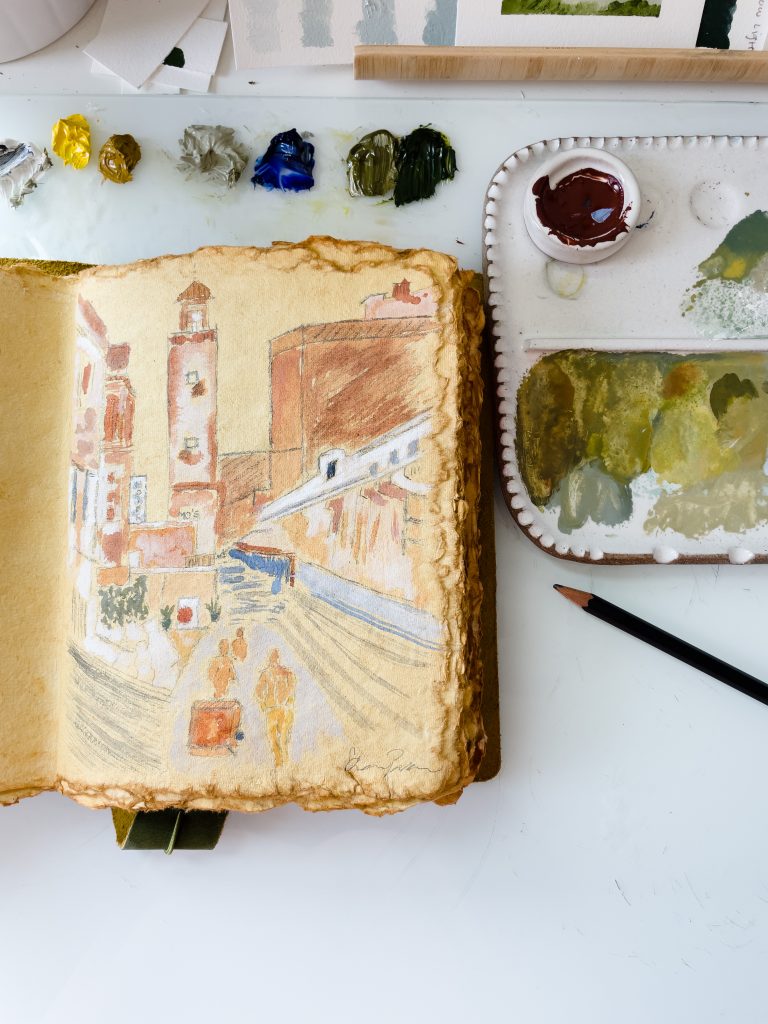 And rest really is teaching me just how much I, in fact, need it. Seasons of crazy productivity followed by seasons of rest and quieter days. What in the world would happen if we could all learn to give ourselves that?? I’m not entirely sure, but I know it would be a whole lot of good.

Enjoy watching this time-lapse of the watercolor study I did of a street in Morocco…this was a fun one for me! It’s messy, it’s simple, it’s a total departure for me…just what I needed.